In honor of the Joker’s 75th birthday, director David Ayer shared the first official photo of Jared Leto on Twitter, playing the iconic role of The Joker in the upcoming film Suicide Squad. In the photo, Leto had his famous long hair cut off and bleached to neon green. Also, he had his eyebrows and beard shaved, exposing his tattoos, which include the word “damaged” on his forehead and a lot of “HAHAHAs” all over his body.

Recently, the 30 Seconds to Mars frontman also released a teaser of his Joker look on Snapchat, captioned with different emoticons. Obviously, his makeover is totally different to that of Heath Ledger’s look, only that they have the same green hair and red lips.

Over the past few months, Leto’s transformation into the infamous villain has been the talk of social media. For this role, he was required to prepare physically and mentally. He explained:

“The opportunity to take on this nearly Shakespearean character – that’s what graphic novels and comic books are becoming, right? He is this beautiful disaster of a character – what a big challenge.”

Majority of the reaction to Leto’s version of Joker has been positive. However, as is the usual case these days, the photo shared was edited and turned to parodies and memes, some of which are shown below: 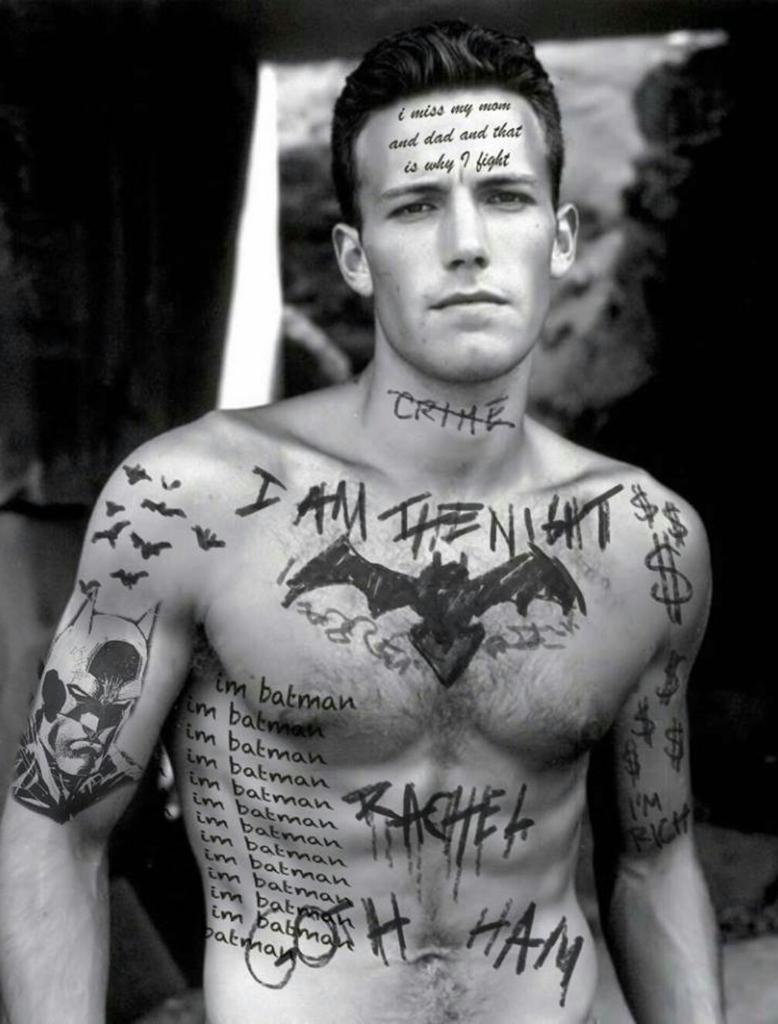 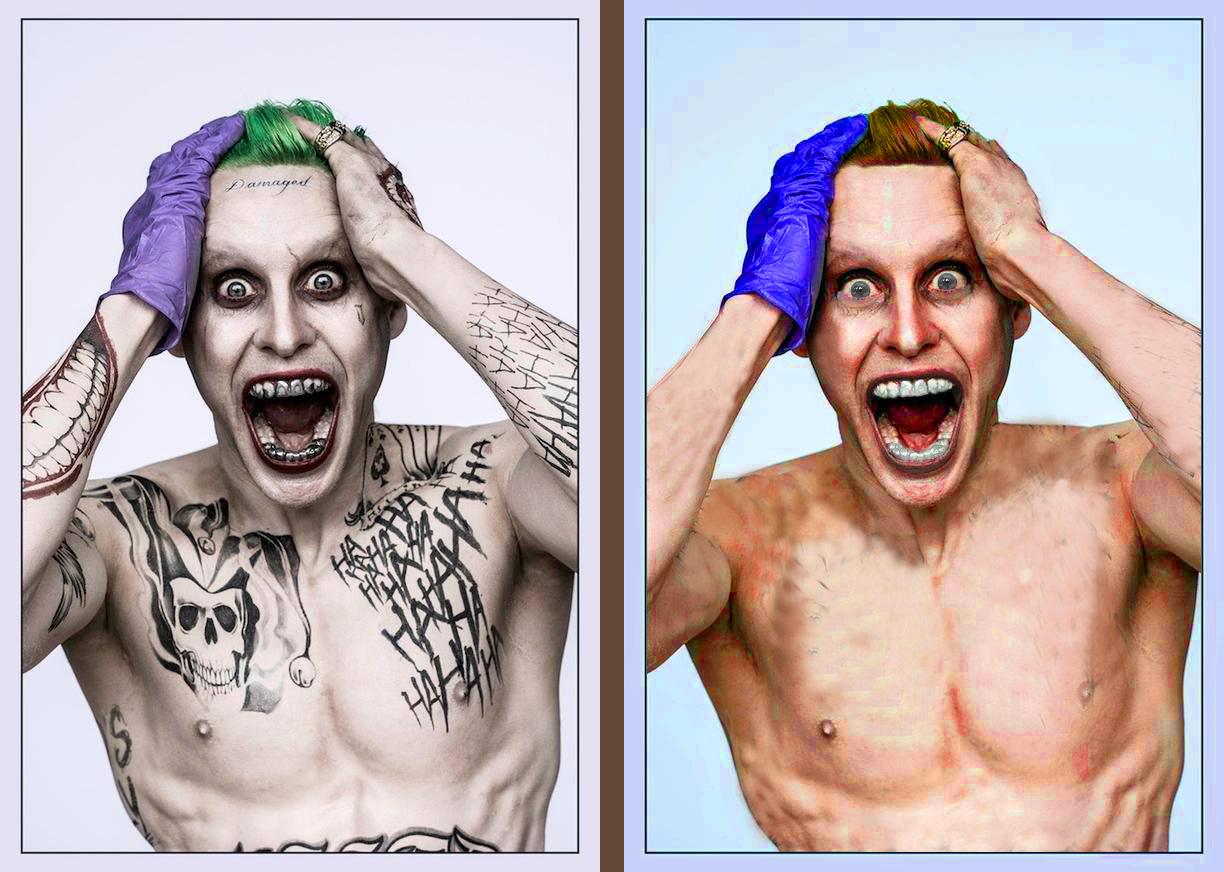