Adam Levine and his band ‘Maroon 5’ have come together to  make the dreams come true of a 10-year-old fan of theirs with Down syndrome.

Christopher Warner is a huge fan of the band Maroon 5 and never stops playing their music, a teacher at his school, West Friendship Elementary School in Maryland told the news.

“He has just been fascinated with Maroon 5 and especially Adam Levine,” Avery Stanert, Warner’s teacher, said. “He draws pictures of them. He just absolutely loves them.”

The teacher uploaded a video of the little boy singing the bands’ hits and it went viral on YouTube.

A DJ at a local radio station saw the video and fell in love! He instantly called up his buddy who works for Maroon 5 and arranged for the little  boy to go backstage and get free tickets to the concert with his mother and 3 favorite teachers
“He stayed awake for the whole thing,” His teacher said. “I was impressed. He was just so excited.”

After the concert, Warner was finally able to go back stage and meet his heroes, including the bands front man Adam Levine.  He was so excited that he quickly began to panic and became shy.

He got embarrassed and hid behind his mother. The panic attack became so intense that the young boy decided to crouch down on the floor. Levine handled the situation wonderfully by suggesting everyone else in the room lay on the floor, too so the boy wouldn’t feel uncomfortable. 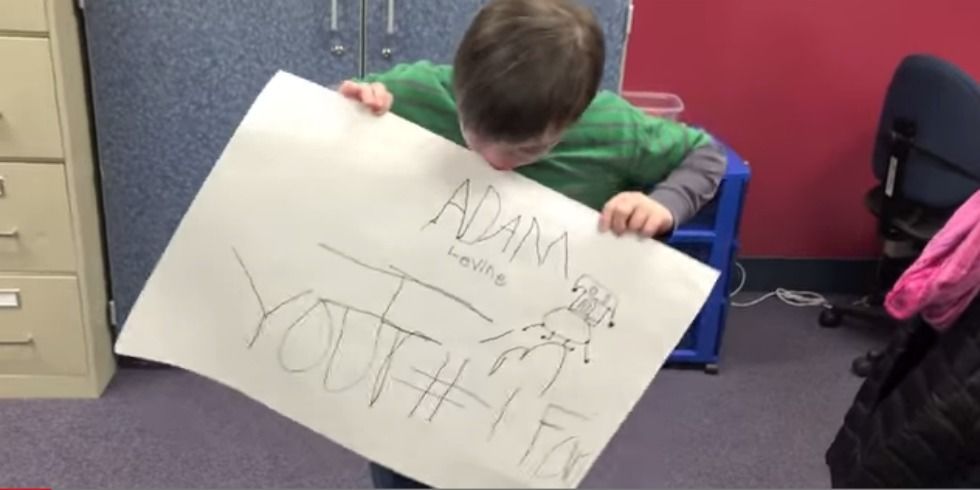 It just goes to show that huge award winning artists like Adam Levine and his band are also human & have huge hearts! Watch the heartwarming videos below.