If you think our favorite Hollywood celebrities always nail their acting auditions, you are certainly wrong. As talented and as prominent they may be, these actors also had their fair share of ups and downs while trying to make it in the industry. And, one of their bad experiences is going through their career’s worst auditions.

Whether it was auditioning for a small part or for a lead role, these A-listers went through auditions they’d much rather forget, but from which they extracted some lessons instead. Below, several actors dish out some of their most horrible acting audition experiences ever:

This Hollywood celeb’s first foray into the industry was starring in a series of commercials at the age of 10. Her professional debut came with an appearance on HBO’s series, Sex and the City. This was followed by a string of roles in such other television series as CSI: NY and ER.

Since then, she has appeared in such films as The House Bunny, Nick and Norah’s Infinite Playlist, and the Thor film franchise. She currently stars in the television series, Two Broke Girls.

In an interview with The Tonight Show with Jimmy Fallon, Dennings described her Horrible meltdown, while auditioning for the role of a daughter of an undisclosed name of an actor. She revealed that the scene involved her character being restrained and that the actor merely stood away from her, while she horrifyingly continued the scene.

She disclosed that the actor got fired and she did not bag the role. Denning, however, did not divulge the name of movie. She said though that it was recognized at the Oscars.

This American actress was first known in the entertainment industry through her music before she transitioned into becoming an actress and appeared in the reality show American Juniors, where she was part of the winning team.

After appearing in the movie adaptation Sisterhood of the Travelling Pants as the sister of one of the major characters, Lucy got her first lead role in the 2009 film A Cinderella Story: Once Upon a Song. This was followed by her breakout role as Aria Montgomery in the television series Pretty Little Liars. A little while after, she released her debut album titled, Road Between in 2014.

Hale was reportedly considered for the role of Anastasia Steele in the film adaptation of E.L.  James’ best selling erotica, Fifty Shades of Grey. However, she described this particular audition as her worst.

In an interview with Cosmopolitan magazine, Hale recounts her experience saying:

“That audition was so uncomfortable! It’s exactly what you thought it would be: a big monologue but very, very sexual. There were some things that I was so embarrassed to be reading out loud, but it’s one of those things where you have to commit wholeheartedly or you’re going to make a fool of yourself.”

The role was eventually bagged by Dakota Johnson. 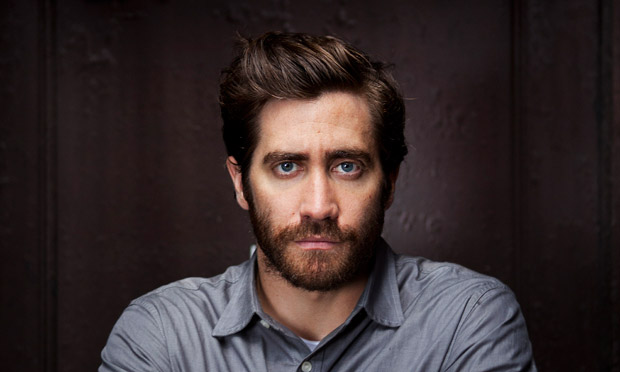 Like fellow actress Kat Dennings, Gyllenhaal first worked as an actor at the age of ten.

His breakout role came in the films October Sky and the indie cult hit Donnie Darko. Since then he has appeared in several films like Zodiac (2007), Prince of Persia: The Sands of Time (2010) and currently Nightcrawler (2014).

Unknown by many, Gyllenhaal auditioned for the role of Frodo Baggins in the Lord of the Rings trilogy where he reportedly had to speak in a British accent.

Gyllenhaal recalls of the Horrible audition with this narration:

“I remember auditioning for The Lord of the Rings [the role of Frodo] and going in and not being told that I needed a British accent. I really do remember Peter Jackson saying to me, ‘You know that you have to do this in a British accent?’ We heard back it was literally one of the worst auditions.”

British actor and model Eddie Redmayne first established his career as a theater and television actor in the early 2000s. His film debut came in 2006 with the film, Like Minds. It was later followed by a number of roles in such films as Savage Grace (2007), Les Miserables (2012), The Theory of Everything (2014) and most recently, Jupiter Ascending (2015).

This thespian recently won critical acclaim for his role as the famed physicist Stephen Hawkins in the 2014 film the Theory of Everything, winning both an Oscar and a Golden Globe award for Best Actor.

Despite his acting prowess, Redmayne is no stranger to horrible auditions. He recalled his Horrible audition for the role of Bilbo Baggins in The Hobbit trilogy during The Graham Norton Show. The actor narrated that he read a scene in a high-pitched voice and was eventually cut off by the casting director, who asked him to use his own voice.

Redmayne never received a call back for that audition and we all know that Martin Freeman eventually bagged the role of Bilbo. 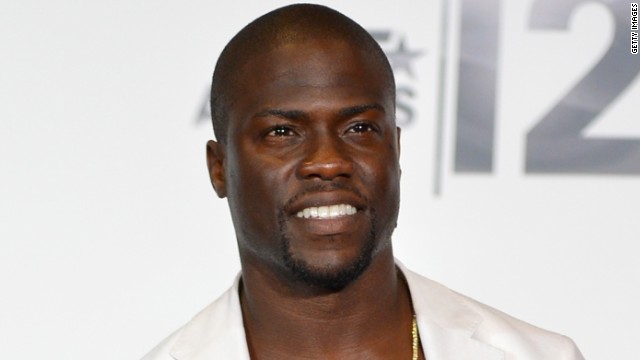 Saturday Night Live or SNL has been described as one of the most important platforms for any comedian, who want to make it big in the industry.

However, despite a string of successful comedians having reached Hollywood A-list status through the show, there were a number of comedians who floundered and failed to be included in the roster. Comedian turned actor Kevin Hart recounted his Horrible audition for Saturday Night Live in an interview with Conan O’ Brien.

He recalled how he impersonated NBA legend turned sports analyst Avery Johnson for his audition. Unfortunately, casting directors were not so familiar with this sports figure and merely nodded at his rather poor attempt at impersonation.

Today though, Hart is billed as one of Hollywood’s top comedians and has several roles in movies like Think Like a Man (2012), Ride Along (2014) and About Last Night (2014) under his belt.

However, Jones is best known for her roles as Betty Draper in the television series Mad Men and she is slated to star as Melissa Shart in the upcoming film, Last Man on Earth.

Despite her continued success in the acting scene, this pretty blonde actress had her share of Horrible acting auditions, one of which was when she auditioned for a role in the film Coyote Ugly. She spilled the beans on Hollywood Reporter and narrates the tale as follows:

“It was an audition for Coyote Ugly, my second audition ever. I’d done the reading for the acting part and then Jerry Bruckheimer wanted me to come in and dance … on top of the table. … They said, “You’re going to dance to Prince’s ‘Kiss.’ You’re going to pole dance, but there is no pole.”

Did you ever think, even once, that award-winning actress Meryl Streep would be part of this list?

This three-time Academy Award winner, who is also considered as one of the greatest film actors of all time, was a theater actress before she began working in films.

Some of her notable roles in theater were in such plays as The Playboy of Seville (1971) and A Memory of Two Mondays/27 Wagons Full of Cotton (1976). Meanwhile, her illustrious film career is steeped with iconic roles in such popular movies like Sophie’s Choice (1982), The Devil Wears Prada (2006) and Julie and Julia (2009).

During the entire course of her career, Streep has been the recipient of several other distinguished awards and these include two Screen Actors Guild Awards, five New York Film Critics Circle Awards and the 2014 Presidential Medal of Freedom.

Considering her acting prowess, it will come as no surprise that this actress’ Horrible audition did not stem from bad acting. Streep revealed during The Graham Norton Show that she auditioned for the lead role in King Kong during the period when she was still transitioning from theater to film. She remembered how Dino De Laurentii’s son recommended her for the role, but to her dismay, the director did not find her pretty enough for the role.

The sassy actress had one witty response for this director and it was, “Sorry, I’m not pretty enough for King Kong”.

As evidenced by what happened to the actors in this list, anything can happen during an acting audition wether it is the gratest or the most Horrible. Regardless of whether you are fully prepared for it or not, there is no denying the fact that it will always end up in two ways, either you will get the job or you won’t. Then, there is always the chance that you will totally botch it up in a way that will make you want to hide in your room forever. But, if you are really serious about becoming an actor, then you would have to get over this horrible audition, learn from it and move on to the next until you get the role that will define you in the industry.